During the 1800s Furness was opened up to the rest of the country in a new way by the arrival of the railway. This meant tourists from afar could now access the area much more easily than before and thus tourism boomed. The likes of William Wordsworth helped to make the Lake District popular with his guide to the Lakes but he also mentions places in Furness, such as the romantic ruins of St Mary's abbey, which drew more people down from the lakes into the peninsula.

The Furness Railway was established in 1844 as a means of transporting slate and iron ore to the port of Barrrow. It later extended and started to have passenger trains in 1846 with later editions to the railway linking it to Coniston, Lakeside and Carnforth. This opened the peninsula up to people across England in a much easier to travel way. It also linked the area to the near by Lake District, which was a booming tourist destination. This meant the countryside of Furness and its historic sites could become key visitor destinations. 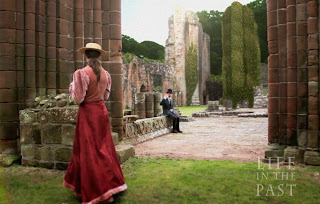 Ruins, like those of St Mary's, were hugely popular attractions in this time and a visit to the ruins at Furness were considered essential to any trip out. All classes enjoyed visiting such places and the romantic nature of these sites created an enticing prospect for visitors. Although the ever growing numbers of tourists could lead to problems.

In 1881 a man wrote annonomously to The Times to vent his frustration at the sight which awaited him at Furness Abbey:

"Permit me to draw the attention of those who are interested in the preservation of ancient monuments to the present state of things at Furness Abbey. I was present in the ruins for three hours this Thursday afternoon last, and was extremely shocked at the spectacle I witnessed. The place was filled with a rough and noisy crowd of excursionists, and large numbers of children, apparently under no control, were climbing in and out of the beautiful sadilia and over the sculptured capitals of the fallen pillars, which lie on the ground in the ancient Chapter-house, to the extreme danger and, I fear, destruction of most exquisitely carved work." - 26 August 1881. 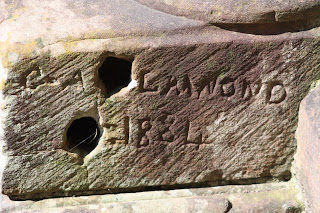 Ruins had never been as popular and this could lead to damage being done, something Mr Anonymous was clearly worried about. Another aspect of Victorian tourism which caused what today would be seen as damage was graffiti!

Today graffiti is generally frowned upon but back in Victorian times it was seen customary to leave your mark on an ancient ruin. Many would leave their initials with the date, a lasting reminder that they were once there. This is a tradition still upheld in modern day China, if you visit the great wall of Chine for example you are encouraged to carve your name onto the wall. Visit any historic site in Furness and you will no doubt find some Victorian graffiti wonderfully carved into the stone, unlike todays scrawling scratches. 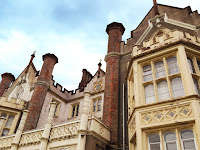 As mentioned earlier William Wordsworth had a big impact on tourism in the area with the publication of his book 'A Guide Through the District of the Lakes in North England' in 1835. This brought the history of the Lakes and Furness to life for readers and informed them of many historic and naturally beautiful sites. Following is an extract which mentions Furness Abbey alongside Urswick and Conishead Priory-

“They who wish to see the celebrated ruins of Furness Abbey, and are not afraid of crossing the Sands, may go from Lancaster to Ulverston; from which place take the direct road to Dalton; but by all means return through Urswick, for sake of the view from the top of the hills, before descending into the grounds of Conishead Priory. From this quarter the Lakes would be advantageously approached by Coniston; thence to Hawkshead, and by the Ferry over Windermere, to Bowness: a much better introduction than by going direct from Coniston to Ambleside, which ought not to be done, as that would greatly take off from the effects of Windermere.” - William Wordsworth, A Guide Through the District of the Lakes in the North of England, 1835.

Wordsworth also wrote an autobiographical poem called The Prelude which included passages about Furness. Read a section of this poem here.

Of course Wordsworth was not the only famous writer to produce books about the Lake District. At the very close of the Victorian era, in 1901, Beatrix potter released her first childrens book entitled The Tale of Peter Rabit, and would go on to write many books set in the Lake District. Beatirx and her family visited the Lakes for three months every year of her childhood staying in large country houses, like Wray Castle to the north west of Windermere. This was a common practice for many wealthy families living in London and other large cities of England. A break away in the Lakes was the best way to escape the smog of the city and to enjoy nature in breathtaking scenery and many would have traveled down the peninsula to see the sights of Furness. It was on such holidays that Beatrix nurtured her love of story telling, writing little stories to send to her cousins. She also developed a love for nature and especially the Lake District. This led to her buying up huge amounts of farm land across the district to protect it from development and in doing so helped to save the natural beauty of the area, later donating her land to the newly formed National Trust. 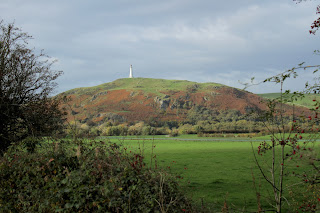 It wasn't just historic sites that became popular tourist destinations but also towns! Ulverston and Dalton were popular places to visit, easily accessible by the railway. Towns and villages like near by Grange and Cartmel also became popular. In 1900 the Furness Railway released a book called 'The Illustrated Guide to the Holiday Resorts on the Furness Railway', which showcased the various towns and attractions accessible along the railway route. This had large sections about Ulverston, Dalton, Furness Abbey, Grange and Cartmel all illustrated with wonderful photographs. Barrow is mostly neglected with in its pages as the town is, at this point, mainly industrial and not yet seen as a tourist destination, especially being a relatively new town, although later the beaches of Walney became very popular. The book goes into detail about each towns history and makes mention of the interesting places which exist within them. Famous past residence are made mention of, like George Romney of Dalton and Sir John Barrow of Ulverston. This would have no doubt acted as a handy guide for any Victorian tourist visiting this hummble part of the world.

The Victorian period really saw the birth of modern tourism and started the country's long lasting facination with history and those enigmatic ruins left behind as reminders. There is a wealth of history and facinating places in England and many wonderful sites here in the Furness Peninsula, which are all well worth visiting. So next time you are wanting something to do of a weekend why not be like a Victorian and pop along to one of these local gems!


Experience a truly Victorian day out on 23rd July 2017 at our Victorian Fun & Games event at Furness Abbey.
Posted by Iron Shepherds at 10:00