How to have a Victorian Christmas

Christmas. What a wonderful time of the year! So many heartwarming traditions we all revel in and enjoy. But did you know that many of these traditions started in the Victorian era here in Britain?

Before the Victorian period Christmas was rarely celebrated. The traditions of celebrating the mid winter and the coming of spring had faded and this time of year was nothing particularly special. There were celebrations around the new year to rejoice in the coming of another year and to reflect on the passing of the proceeding year. But Christmas wasn't a thing. That of course was all set to change.

With the industrial revolution creating wealth and happiness across the country the rich were pressured to share their wealth and happiness. People started to celebrate Christmas more, they stated to give gifts and books like Charles Dickens 'A Christmas Carol' were produced giving new vigor to the holiday.

Soon Christmas was popular across the land and each year around the 25th December peoples homes would be transformed and happiness was spread across our fair isle.

What follows are just some ways in which you could inject a little Victorian flavour into your Christmas:


1. Pop up an Indoor Christmas Tree 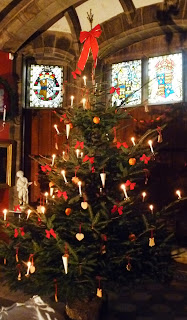 A staple of any modern Christmas has to be the tree, erected inside and decorated with a variety of items but that didn't come about until the Victorian era.

Before the 1800's no-one brought trees into the home although they were important symbols. Outside trees were often decorated with apples, especially by the church, but no-one ever thought to bring a tree inside. That all changed in the 1840's. Queen Victoria's husband, Albert, brought a tree to Windsor Castle in this time, something which was popular in his native Germany. This brought the idea to the attention of the nation and soon the Christmas Tree started to gain popularity.

At the time the trees would be decorated with ribbon, shortbread biscuits, paper cones (for treats), oranges pierced with cloves and of course candles for light. The trees would have looked stunning and would have created a focal point for any room in the festive season.


We've all popped a cracker haven't we? Well if it wasn't for the Victorians we wouldn't have crackers!

A sweet maker from London called Tom Smith invented the cracker in 1846 following a trip to Paris. He came up with the idea of wrapping his sweets in a twist of paper, this was the humble beginning of the Christmas cracker.

Over the period it developed and by the close of the era they resembled the cracker we know today. The crack or snap now synonymous with the cracker was added as were the paper hats and treats.


3. Bring Some Nature into the Home 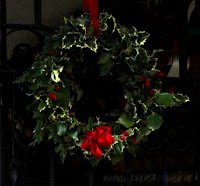 During the Victorian period people were fond of decorating their homes but instead of tinsel, baubles and fairy lights, like today, they would use nature as their decoration. Holly and ivy were popular plants to bring inside the home to provide some colour and decoration.


Holly with berries would be sought after as the bold red of the berries against the green of the leaves would create a warming Christmas feel. Ivy could also be colourful with a variety of different colours from greens to yellows. Another brilliant addition to the decorations!


The giving of gifts has a long history and at the start of the Victorian age gifts were generally given to celebrate the passing of a new year. As time went on though and Christmas became more prominent and popular as a celebration the giving of gifts was moved to Christmas day.

Children were especially showered with gifts, a way of rewarding them for good behaviour. Rich families would spoil their children with special, and expensive, handmade toys. The poor on the other hand generally would give their children stockings filled with fruit and nuts, still a rare treat. The tradition of giving both toys and stockings at Christmas stuck and it is common place today.


It was during the Victorian period that the tradition of sending friends and loved ones a card at Christmas became popular. What is better than sending a heartwarming gesture of love and friendship during the festive season, a token to show that you are thinking of the recipient at this joyous time. Of course it wasn't quite like how it is today!

No, instead many Victorian Christmas cards were well and truly weird! Take these fine examples for instance:

Lovely hey? There certainly seems to be a fascination with death in many of these type of cards and a fascination with frogs and other rather un-christmassy animals. Who knows why!? They also quite liked to have cards featuring strange root vegetables adorned with either human clothes or with human appendages. What doesn't say Christmas more than a root vegetable? The Victorians are often renowned for their dark humor and these cards are a great example of this.

They are somewhat playful and fun but also, sort of, hold sentiment. For instance the dead robin card (pictured above) does have the text "May yours be a joyful Christmas" which suggests the sender wishes the recipient to have a better Christmas than the poor dead bird. Well, one hopes anyway!

It's not all weird in the world of Victorian cards though, there were also many more traditional and beautiful cards that anyone would be happy to send: 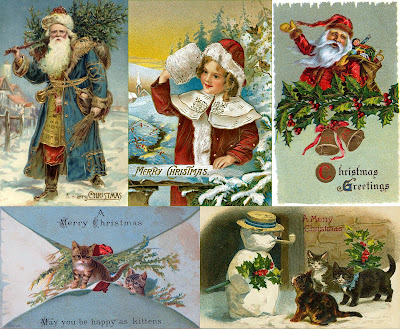 The first Christmas card was sent in 1843 and the tradition became a popular one and we, as you know, still send cards today in large quantities.

Ah boxing day, another day with Victorian roots. Ever wondered why it is called that? What has boxing got to do with Christmas?? Well in the Victorian period the day after boxing day was the time that servants would open their 'boxes' of gifts. Boxes usually given to them by their employers. The day was a chance for them to relax a little and celebrate, something they couldn't do on Christmas day itself as they would have been working.

As the years went on the day became known as Boxing Day but eventually the idea of servants opening gift boxes waned as less and less households required servants and more people got to celebrate Christmas on the day.


Christmas truly is a magical time of the year and we really do have the Victorians to thank for many of our traditions and for even having Christmas as we know it!