How to have a Medieval Christmas

Christmas today is a time for giving, a time for sharing precious moments with our loved ones and a time for celebration. Back in Medieval times it was a little different, but not much! 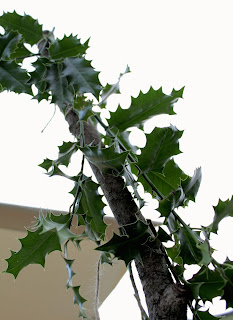 The term 'Christmas' came about in England during the 11th century and was an amalgamation of an Old English expression for the Festival of Christ - 'Christes Maesse'.


Christmas at this time followed much older traditions and celebrations which predominantly celebrated the thought of longer days and the warmer, better weather of Spring approaching. They also were a time to think back and celebrate the past year while there was less agricultural work to be done and thus more time. Time for parties!

Festivals like the Scandinavian Yule and Roman Saturnalia had perviously been celebrated at this time of year and are where Christians borrowed the date for Christmas from.

The exact date for the birth of Jesus was never mentioned in the Bible so the Church used the dates of Pagan festivals as the time for their new celebration of Christ. This made sense as everyone was already celebrating at this time but it also could help Christianise the pagan winter festivals. Something desired at the time. The practice of gift giving at Christmas was even banned for a time by the Catholic Church as it was suspected it had pagan origins! Luckily this ban didn't last.

So, if you want to inject a bit of Medieval Christmas into your modern celebrations here are a few suggestions that might help:

People didn't bring trees inside to decorate their homes back then, although trees were important symbols. The Church would decorate outdoor trees with apples on Christmas Eve, a day known as 'Adam and Eve Day' at the time. Seasonal plant foliage was often used as inside decoration; holly, ivy and mistletoe were the most commonly used.


Singing carols is a large part of Christmas in todays society but in Medieval England carols were banned in churches. Many took the word 'carol' too literally it meaning 'to sing and dance in a circle'. This kind of behaviour would ruin Christmas masses so the Church ruled to send carol singers outside the church walls.


Mince pies were baked in a rectangular case in Medieval times to symbolise the crib which the baby Jesus lay in. Certain ingredients like nutmeg, cinnamon and cloves were meant to represent the gifts given by the three wise men. Originally these pies actually did include shredded meat alongside fruit and spices. It was also believed to be lucky to eat one a day over the 12 days of Christmas. You can find our more about Mince Pies in a great English Heritage article here. It even has a 1591 recipe for you to try.


Xmas is not a modern abbreviation, it in fact originates from Medieval times. The X stands for the Greek letter chi. This was the early abbreviation for Christ making Xmas Christmas. The X also symbolises the cross Jesus was crucified on.


Turkey was not brought to this country until the 15th Century so never graced the tables of Medieval folk for Christmas feasts. Instead goose was the most popular option closely followed by venison. Of course the poor wouldn't get the best cuts of meat but may be lucky enough to be given the offal, or umbles as it was known, from their lords. They would cook this with other ingredients in a pie called 'umble pie'.  This later became 'humble pie' used widely in a common expression today.


Boxing day was seen as a reversal of fortune, a time where the rich would provide gifts, usually of money, to the poor. Money was gifted in hollow clay pots with a slit in the top called 'piggies', an early version of the piggy bank. These had to be smashed to get to the money.

There you have it, a few ideas to make your Christmas that little bit more Medieval this year.


We hope you've enjoyed this post and maybe learnt a little something new. What ever you get up to this holiday season we hope that you have a very Merry Christmas and a Happy New Year! 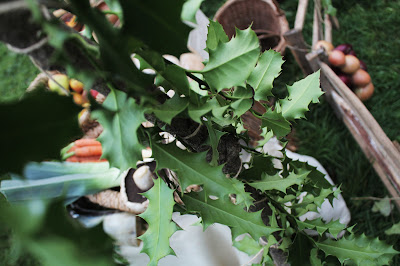