The Dissolution of the Monasteries | Life in the Past Festival

The dissolution of the monasteries was a major event lasting many years which changed the landscape of British religion forever. The many abbeys and priories of the country were wiped out leaving but ruins of what once was. The lives of monks and nuns were changed in an instant and many abbots and priors lost their lives. A massive change for England brought on by the greed of a king.

Henry VIII became king in 1509 and at this point corruption had become a major issue within religious houses across Europe, and was being attacked from many angles by critics and protestant reformers alike. It seemed that a reformation was fast approaching. Henry was Catholic and was a defender of the Pope in Rome at the start of his reign but as time went on, and the need for a divorce became pressing, Henry started to break away from Rome and the Pope.

In 1534 the Act of Supremacy was passed making Henry the head of the English Church. Up to this point Henry had been excessive with his wars, which were extremely costly. This had used up all of his fathers inheritance so money had become a pressing concern. 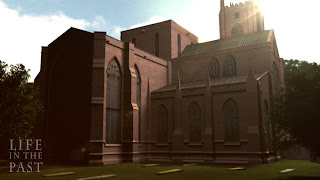 It was in 1535 that King Henry VIII commissioned a survey of ‘his’ Church and its wealth, a survey called the Valor Ecclesiasticus (Church Valuation). This was the first time that the net wealth of monasteries had been assessed and here in Furness the Abbey of St Mary was found to have an annual income of £805, making it the second richest of the Cistercian houses in England. In total the religious sites of the country controlled around four million acres, about 16 per cent, of the productive land in England and 12 per cent of the total land area, this equated to a huge amount of wealth.

In 1536 Thomas Cromwell put forward an act of reform, known as the Suppression or Dissolution Act, for the smaller monastic houses earning under £200 a year. Cromwell had declared these houses were “sunk irredeemably in iniquity” and that they had “resisted all attempts at reform for 200 years or more”. He came to the conclusion that they should be shut down and the “idle and dissolute monks and nuns” be distributed amongst the larger, greater abbeys where they could become more disciplined and “mend their ways”. The properties and any riches they held could then be transferred to the King, who, according to the Act, would convert the endowments to better uses. Something that never happened, in fact most of the money went into the government funds.

As one would expect there was a considerable amount of hostility building towards the government, especially here in the north. This led to a rebellion in October 1536 known as the Pilgrimage of Grace. York and Lincoln were seized by rebels for a short time as a protest against the dissolution and various other grievances. The restoration of the suppressed abbeys was one of the highest demands of the rebels. 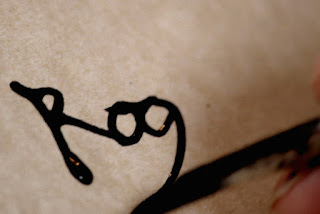 This uprising didn’t last long, the king waited as the rebels fell out amongst themselves before he crushed them without mercy. A close friend to the king, Robert Radcliffe, was despatched to Lancashire to quell the rebellion and his arrival was marked by a series of executions. Several large abbeys who had been helping the rebellion were now at great danger, one of these being Furness Abbey. Radcliffe suggested to the abbot of Furness at the time, Roger Pyle, that he should surrender the abbey as a ‘voluntary discharge of conscience’ or suffer the consequences and be executed. The abbot took the advise and in April 1537, along with 28 monks and the prior (the abbot’s deputy), signed the deed of surrender. This passed the abbey, its wealth and its lands to the crown. It wasn’t long before Thomas Cromwell’s men arrived to dissolve the monastery…